Ergonomic child seats with headrests, surrounded by a safety box with high shoulder line and integrated side impact protection bars, as well as seat belts connected directly to the frame. The new «ca go» cargo bike puts safety first on its list of innovations.

Germany has got yet another brand of cargo bikes, and this time it comes from industry veterans with an almost legendary reputation of perfectionism:

Franc Arnold and Gerrit Gaastra may not be your typical celebrities – but within the European bicycle industry, these two fellows are renowned for their no-compromise attitude toward innovation and design, from their own brands Ergon and Idworx.

That shows in this new cargo bike, which is designed to be a cargo bike generation 2.0 – with child safety and easy handling as a top priority. The «ca go» is founded and owned by Franc Arnold, and the Idworx team has been closely involved in the development – in a team that also includes developers from the automotive business.

This isn’t the first new cargo bike we’ve seen the last couple of years. But one thing that sets this one apart, is the ambitions: ca go states that 1 200 bikes will be released on the market in 2020.

They call this a limited number, in order to ensure optimal quality control in the critical first run, but most other spanking new brands could only dream of that kind of numbers. The scaleup process usually takes years, but this one is different – coming from people who already runs established brands and knows every corner of the production business.

ca go starts taking preorders from September 15th – by the end of this week. The bike is priced on par with the Riese & Müller Load 60 Touring, at 5 500 Euro.

So, what’s cooking?
Here are a few details I like:

ERGONOMIC SEATS:
I’ve been waiting for something like this for a long time, especially when looking at the child trailers from the likes of Thule or Hamax:  While they deliver snug, well fitting and comfortable child seats with proper head support, a lot of cargo bikes comes with hard, simple benches with no head support at all. Riese & Müller are finally stepping up this game for 2020 with their new, adjustable seats with reclining options – but ca go seemingly raises the bar another notch with their ergonomic seats with head support, sorely needed by sleeping kids everywhere.

LOWRIDING CARGO:
Once up to speed, frontloading cargo bikes are much more stable than many would assume. The secret is a low centre of gravity, with the cargo placed down at pedal level. The ca go drops its floor even lower – for the sake of nice handling and safe stability.

BATTERY WELL:
In line with the previous point, the ca go’s batteries is nowhere to be seen – because they are hidden in a separate «battery well» below the cargo deck. This contributes further to the low centre of gravity, and makes the frame space more open around the rider’s legs. You can order the bike with the Bosch Powertube 500 or 600 battery, or two, if you want double the range.

CABLE STEERING:
This one for sure isn’t new – Douze and Bogbi are among the cargo bikes that already use cables to turn the front wheel, but nevertheless: Cable actuated steering makes for smooth movement and (in theory) no limits for how far out the wheel can swing. Which means that the turning diameter gets smaller. Douze is famous for its ability to turn around in tight spaces, and I suspect the ca go will follow its lead.

FRAME HANDLE:
When I need to lift and turn my heavy electric longtail bike around in a narrow space, before heading off, I usually grab on the tiny tube connecting the seat stays to get the rear wheel off the ground. The ca go has a handle for this: Right behind the steerer tube, the designers have made a comfortable grip for easy maneuvering when off the bike, even with heavy loads up front. Nice!

IMPACT PROTECTION:
The one-piece cargo and passenger box are manufactured from a highly impact-absorbent, splinter- free and durable EPP-material – almost the same thing you would see inside motorcycle helmets. To reduce risk from a side impact, metal protection bars anchored in the frame are running along all sides of the box walls. The seat belts are also connected directly to the frame, for optimal restraint safety. The box measures 65 cm floor length.

HIGH SIDEWALLS:
The ca go team wanted to set a new standard for passenger safety. That’s why the box also got a higher shoulder line, to prevent the kids swinging their arms out and into harms way. Especially in a crash or if the event of the bike falling over, you want the arms safely on the inside. Each passenger even have its own armrest moulded into the inner walls of the box, as well as a netting pocket for small stuff just beneath. Nice touch!

LOCKABLE TOP:
This one is important. Just as we can leave our stuff in a locked car trunk when parked, we should be able to keep our cargo box locked when we leave the bike. Riese & Müller finally delivers a lockable box top for the 2020 season, and ca go has the same feature ready from the get go. Thanks to the high walls, the top lid fits on top of the seats, but it’s unclear where you store the top if you need to take on passengers along the way. R&M has a folding lid, with three stacking pieces that folds up in the front, leaving place for passengers in the back of the box. It remains to be seen how ca go will sort this out.

PNEUMATIC STAND:
Yep, ca go has made a super solid parking stand, a part that usually engages by stepping on it while flicking the bike backwards, motorcycle style. ca go wanted to avoid the hassle: They have made a pneumatic controlled stand that is activated via the handlebar controller, for super easy parking. Smaller, lighter cargo bikers will be especially grateful for avoiding the «hhnnngh» moments.

PLUS SIZE TIRE:
This is a very nice touch: The rear wheel uses is a 27,5 inch diameter rim with Schwalbe’s Supermoto X tire at a whopping 2,8 inch width. The front uses a more ordinary 2,15 inch Schwalbe Big Apple, although listed as a special version – no doubt due to Gerrit Gaastra’s close relationship to Schwalbe as a tire designer. It remains to be seen what is special about it. But the plus size rear tire will for sure offer added comfort in spades.

BELT DRIVE:
It comes as no surprise that a bike like this is delivered with an almost maintenance free belt drive system. It is coupled to the new Bosch Performance CX Cargo Line motor – a unit that promise extra power when heavy loads need to get up to speed. The gear hub is the Enviolo Cargo (also known as the Nuvinci), that shifts continuously without steps across a 380% gear range. It is certainly not among the most efficient hubs out there, but offer a really smooth and simple ride experience.

I don’t know about you, but I am always curious about the people that stand behind a new brand or a new product. Since I enjoy the luxury of being a bike geek since 1991, I knew both names that ca go is dropping:

Franc Arnold is the founder of Ergon – a global premium brand for ergonomic bicycle components, and a frontrunner in the field of well fitting saddles, grips, gloves and backpacks. Roman started out in the family’s local bike shop in the 80s, but moved on along with his brother Roman Arnold – who is now running his own bike brand Canyon, headquartered right across the river from the Ergon building in Koblenz. Since 1990, Franc Arnold has also been in charge of RTI Sports, a distributor of premium bikes and components, like Brooks and Cinelli.

Gerrit Gaastra, today at the helm of his own, no-compromise bike brand Idworx, was also born into the business. His grandfather founded Batavus, and his parents are known for starting Koga, which was the bike Greg Herbold rode to win the very first UCI downhill world championship in 1989. At that time, Gerrit had already ridden mountain bikes for years, and became one of the early Skunk Riders, a selected few who did R&D testing for Shimano in the early 90s. Today, he runs high-end bicycle business at Idworx, as well as being a R&D consultant for other brands.

I have only access to these rendered images so far – but I have reached out to ca go and hope to get my hand on real pictures soon. 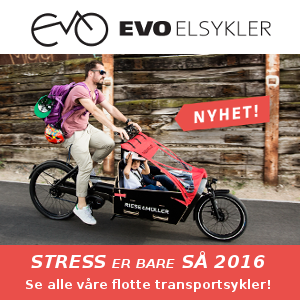